Work > Elegy for Sternidae in a Seafarer Haven

Elegy for Sternidae in a Seafarer Haven 2016. video. 6 min. 18 sec. continual loop Elegy for Sternidae in a Seafarer Haven was captured during a period of travel in the Arctic Ocean surrounding Svalbard.The video is continual and never ending to give off the uneasy feeling of being alone at sea. The title is inspired by an old English poem The Seafarer written by an unknown author. The poem is a meditation told from the perspective of a solitary traveler to another, and the experience of both liberation and terror during journeys through the ocean. Radio signals spoken by a Danish crew reply back and forth as the only connection to kinsmen, physically absent as missed channels. There is an analogy of the sea to mythological bodies of water containing the ghosts of generations prior that reside permanently in the wilderness. The video is presented as a large scale projection in a black box space. 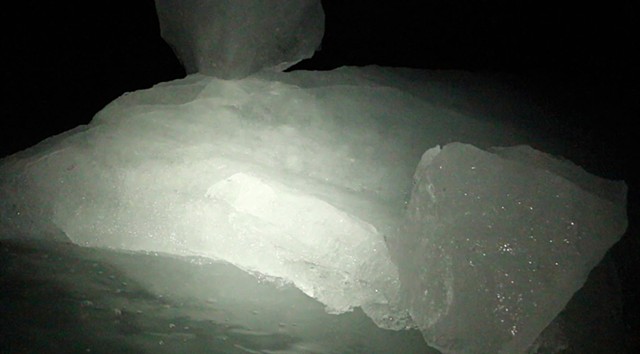 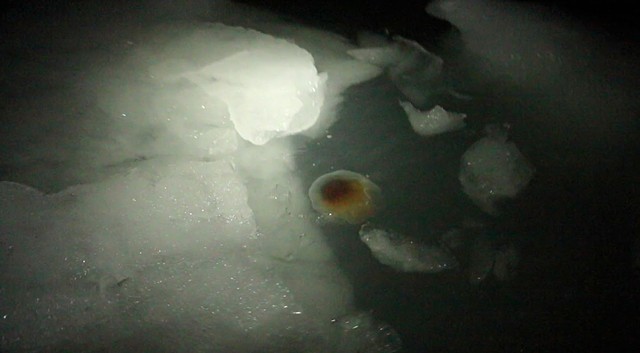